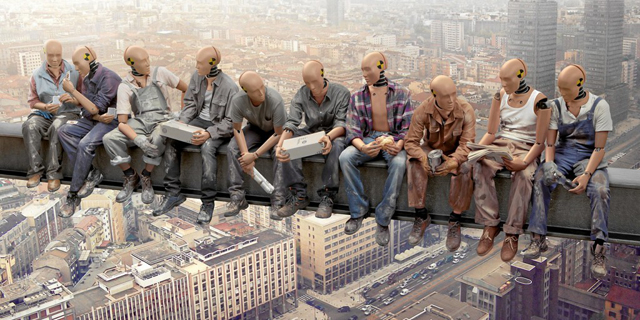 Do you think intelligent machines, robots, and – more generally – the entire ecosystem which is and which will be the so-called Industry 4.0 can cause mass unemployment? Or, at least, do you think they could reduce the level of employment? This is a subject that has long been talked about, probably since the time of the first industrial revolution, although there was no concept then of automated processes or even less so of intelligent machines. I don’t think that these new technologies will be able to raise the level of unemployment. This, in my opinion, is true for the field of mechanical engineering but also for most of the other sectors and I’ll explain why.

Let’s start with a concrete example. Cars, such as the very first Fiat Panda, were extremely simple; on cars today however there are many optionals such as a heated steering wheel, air conditioning in the seats, and so on. All of these optionals, however, are only and exclusively available because they are produced with rather complex technological systems. If these technologies weren’t available and these optionals had to be made by hand, it would be so expensive that it would increase the cost to the point that it would not make sense to produce them.
I wanted to use this example that for me seems particularly symbolic and to say that I think the new technologies – since time immemorial – don’t take work away from people but simply allow something to be made that couldn’t be produced before (or it wasn’t worth doing so).

In my view, a similar argument can be safely extended to the entire sector of the mechanical industry, thus the automotive, railway, petrochemical, naval sectors, and so on. All these areas are characterized by a very high level of automation and computerization but where, however, what is essential – as for example would be the engine of a cruise ship – is produced of course with extremely complex numerical control machines but at the same time the procedure is always controlled and operated by humans.

Another important issue is that intelligent machines, robots and – in general – all the new technologies must also in turn be produced and, consequently, new jobs are created. The same applies to all those associated professions such as technical assistance, training, etc. This is to say that ultimately, peripheral work is also generated for automated companies.

intelligent machines, robots, and – more generally – the entire ecosystem that constitutes and will constitute the so-called Industry 4.0, will not take jobs away from people. They simply join the company, create work that was not there before or carry out work that can be performed in parallel to that undertaken by humans.

Tool machines: a specific purpose machine or a flexible use machine?

Does a unit consisting of two machines require its own CE Certification?