Why should someone think their time is more precious than that of others, and everything else 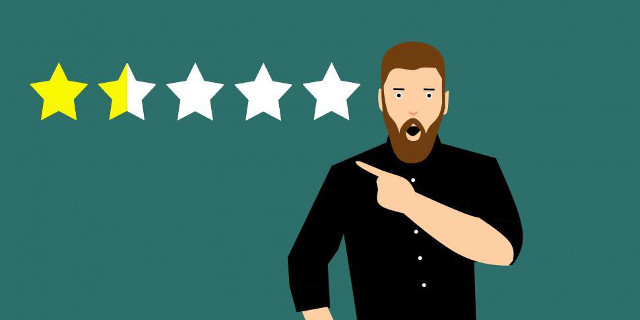 Some time ago I called the service centre affiliated with the residential complex where I live concerning a fault with the heating boiler at home. They responded with courtesy and fixed an appointment for the following day at 2.30 pm. The next afternoon I remained at home at the established time but at 2.40 pm the service centre informed me that the technician had encountered a problem and would arrive at about 4.00 p.m. So I went back to the office and shortly after received an email confirming a new appointment with the technician at 4.30 p.m. I went home at the set time, but there is no sign of the technician.

I was obliged to complain to the service centre and ask for an explanation, but the secretary responded in a rather irate manner, explaining that the technician was doing his best and that, at the end of the day, he was working (him, I however was not). Finally at around 5.40 the technician arrived, without even apologizing for the delay, and quickly switched from referring to me using the formal form “Lei” to the informal form “Tu” .
The boiler is in fact rather old (23 years of honourable service) and he rightly proposed to change it rather than repair it, but then informed me that the current version of my brand – let’s call it “A” – had recently lacked in reliability and therefore he recommended another brand “B”.
The first thing that springs to mind, maybe in bad faith, is that maybe there is a higher margin on brand B or they had a lot of stock to shift, but this is not the point.

I am a businessman too, so I ask myself:

is the Top Management of the company in question aware of how its customer relations are being managed?

Maybe in this specific case the enterprise was a small firm, where the technician was also the owner, but this isn’t always the case. What I mean is

more structured businesses make considerable effort when it comes to personnel training, investments in technology, boosting image and competitive levels on the market and then, by falling short on just one aspect (customer care in this case), everything falls apart.

In my case I don’t need to ask permission to leave work and I live just 10 minutes from the office, but what if I had been obliged to take time off, and lived maybe an hour’s drive from the office? Now some of you may say that this is the run of the mill and should always be accounted for, but I don’t agree at all.
Some time ago I wrote that being able to communicate a concept using more diplomatic words and actions and therefore better manners, despite the heat of the moment, can really make a difference. This is a different context, but the sense is the same.

Why should someone think their time is more precious than that of others? It is a matter of respect and good manners, and in this case also shrewdness when managing one’s business.

In the end, in fact, another company sold me a new boiler which – apart from its more well mannered and respectful approach – I bought for the same price, and it is the one I chose myself…

Don’t accept a job when…

Our precious collaboration with A.P.I. (small and medium-sized industries Association)