When even Italian companies used to have in-house schools… 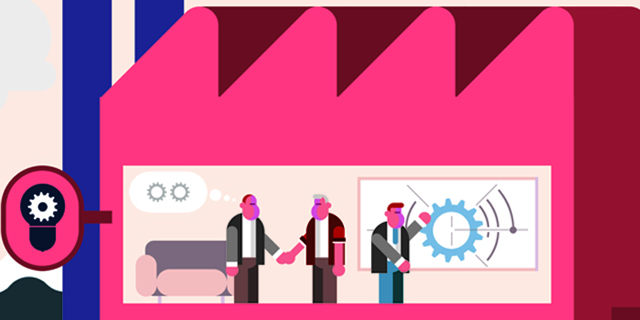 Once nearly all Italian companies of a certain level had an in-house school where the newcomers learnt the craft directly in the field. I remember for example the Milan-based Fratelli Borletti in via Washington, which at the end of each training cycle selected and hired the most promising youngsters. Others, however, thanks to the skills acquired, had ample opportunity to find employment elsewhere because not only had they learned a craft but they had in fact done so in an actual business context.

Something similar still today happens in foreign companies. In Switzerland and Germany, for example, creating a training centre within companies is still a fairly widespread practice (even if perhaps not like it used to be). For example how many tool machine builders have within their own premises entire areas dedicated to training, spaces that accommodate instruments and systems of all types, from the most traditional to the latest generation?
An in-house school allows the creation of a driving force of a certain kind of personnel, consisting not only of the best and most qualified students but also of people with different degrees of skill so that they can be integrated at every level of the production process and at every level of responsibility (if you only hired trained and ambitious people there would be a risk of creating conflicts).

Today in Italy companies no longer have in-house schools and that is a real shame. But why?

Undoubtedly the issue of structural dimension is relevant. Most of our companies are medium/small, which is of course a trigger for the creation of an in-house training centre. I say this because I myself, if MICROingranaggi were otherwise sized, would move in this direction to train personnel intended for each of our departments: turning, gear cutting, assembly…

The other reason is that training involves costs and the results are not immediate.

… which is why many companies prefer to invest where the results are certain (or almost) and particularly concrete and tangible. The latter point is an issue which should be expanded more generally to everything related to corporate training, where it is easier to quantify the costs of the benefits.
As I also wrote some time ago also:
“If an entrepreneur doesn’t actually believe in training, then it is very likely that the costs they are incurring are always too high, the time available is always insufficient, the confidence in companies that offer training courses always too poor, and so on“.

When it comes to specialist technical training, finally, I also see another concrete problem (I speak for my sector but I am certain that the problem also impacts on other sectors): today it is almost essential to learn languages (at least English!) but unfortunately many youngsters (and even more so those who are not so young) are somewhat behind in this respect. Which inevitably represents another big limitation that affects the growth of skills. Think for a start about technical manuals of machines that these days are only in English. Or refresher courses organized by manufacturers…

Do companies these days assume responsibility for their own mistakes?

What should those who have been elected to support entrepreneurship or the Italian economy be doing?