Reflections on the last EMO in Hannover? Here are mine… 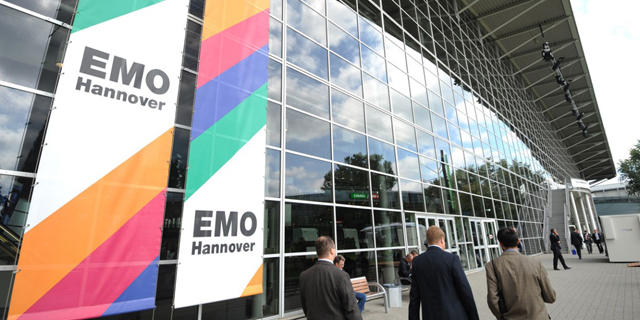 Last week I was in Hanover on the occasion of the last edition of EMO, the international trade fair of tool machines, as well as being a true sector institution. The first consideration that naturally occurs to me is that a highly organized exhibition has been consolidated: a wide variety of machines that are exhibited and several novelties. The general atmosphere that was decidedly optimistic and easily perceptible did the rest.
For all these reasons (and more), I believe that

the Hannover EMO is an excellent trade fair for the mechanical sector and therefore has a strong future.

The main theme of the event, as you can imagine, was Industry 4.0.
An Italian presence proved significant both in terms of exhibitors (with 270 companies, in fact, the Italian delegation was the largest after that of home owners) and visitors. Not to mention that those who visited the EMO last week did so not only in order to decide where to invest to be able to take advantage in time of government incentives; in fact, despite the tax benefits provided by the 2016 Budget Law remaining in the pipeline and although there is still uncertainty about what will happen next year (possible extensions to reviewed tax rates that have only now been announced) people also attended the trade fair to look at the machines, and did so with real interest, and with a certain amount of optimism. Just as once was the case!

I was also pleasantly surprised by the manner in which the exhibitors took part. Starting with DMG Mori that actually occupied an entire hall (and not just any one but one with obligatory access for most visitors!) dedicated to the numerous and spectacular practical demonstrations of its key 4.0 solutions. The stand of DMG was perhaps the most striking example in this sense (true “proof of muscles”) but was certainly not the only one. Also impressive was the stand of Emag, the participation of Fanuc and in general the pavilion for gear machining equipment. The stand of Schunk was also very attractive and full of novelties, a company that I would also like to thank for the excellent organization of travel and hospitality.

This leads me on to a few conclusions…
In light of this latest edition of EMO I must say that I have an opinion that is slightly different from that I held some time ago about the way in which companies today take part in trade fairs. More or less one year ago, in conjunction with 30.BI-MU, I wrote: “The era of almost forced ostentation is coming to an end; today trade fairs must be the showcase of innovation and, where appropriate, a revival of a company’s ‘workhorse’. Nothing more”. With a view to containing waste from which no-one can now be exempted, I wonder what sense it might have to invest in a stand measuring 1000 or 1500 square meters as in the past“.

Today I am inclined to think that the way in which companies take part in trade fairs is linked to the economic climate; that is – in other words – in direct proportion to the turnover of each company: if the gains are there then it is also right to invest them in trade fairs.

This is not to say that the trade show perspective has returned to how it was years ago. Important roles are also played by the trade fair centre location, the logistics, the related services and so on.
In Stuttgart, for example, the trade fair is only a few minutes walk from the airport; at Hanover with a ticket to the exhibition there is also free access to all public transport. The same, unfortunately, cannot be said of Milan and then we’ll see what will happen at the next BI-MU…

See you in Parma for MECSPE? We have two novelties…

What does it mean to be an entrepreneur today? Some reflections….