Never give up on an idea that you believe in. At least give it a go! 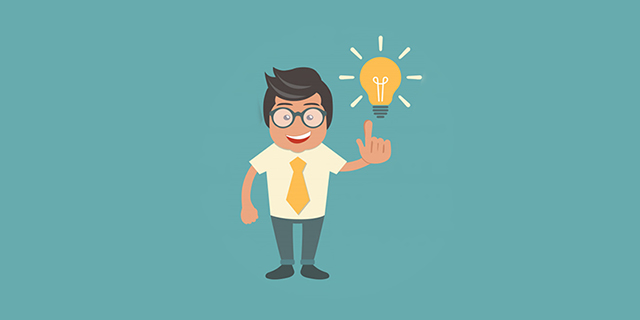 I am a born optimist, and those who know me know that. But it is also and mainly due to my personal experience that

I would say to all those who have an idea that they believe in, to do everything within their power to give it a go. In other words: never give up!

Does that sound too simple? No, I don’t think so because – from my point of view – in cases such as these you have to strike while the iron is hot.

Those who have a good idea generally encounter a fork in the road leading to two different scenarios.

The first is the ideal situation: one where someone has a winning idea and puts all his or her energy into realizing it.

A person (or a team) who therefore has an idea, then develops, produces and markets it.
But how often does something like this actually happen? Let’s be realistic: hardly ever!

The second scenario is where there is an idea on the table, but no means to develop it.

There are two possibilities in a situation such as this. You can jump in at the deep end, but without the required financial backing you won’t go far. Or you can learn to manage collaborations and compromises: in other words, place your trust in someone and relinquish the idea (only partly) in exchange for the economic and advisory support needed to develop it.

In my mind, those who are obsessed with being successful and becoming rich, to the point where – even when the idea is good but difficult to develop without the support of an independent body – they would rather not embrace such support, is a big mistake.
Whether this refers to financial support by a bank or enterprises specialized in granting subsidies and support to companies (the so-called Business Angels for example), the important thing is to DO SOMETHING.

There are, in fact, many aspects to be considered.
There are situations, for instance, where the idea refers to a product which the market is not mature enough to embrace, hence not ready to welcome it. This is where it is important to have a support structure to lean on, one that has the experience, tools and skill-sets to pursue the project.
Or there are products that, given their intrinsic specificity, are destined to have a short lifespan and, therefore, it is even more important to understand that there is no sense in waiting, and action should be taken without delay.

I know that relinquishing one’s own idea to others is a concept that some will not entertain lightly. I realize that, but

I am convinced that good ideas don’t come alone. What I mean is, those who have had a good idea, and were obliged to relinquish it, will probably have further ideas during the course of their career.

And the fact of having a similar experience behind them is undoubtedly of extreme importance, as it provides them with the precious tools they need to carry on alone.

Which characteristics should a good businessman have?