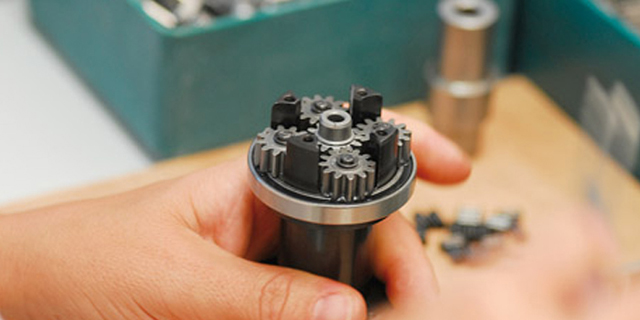 Although we are entering at full speed the era of great automatisms and collaborative robots (and MECSPE was further confirmation of this) and although the mere thought of a human being putting together an assembly with Allen keys and screwdriver may now seem outdated, it is always wise to fully evaluate the situation in question.
There is a reason why I think this is appropriate. One reason of course is closely linked to my company.

Investing in a first of a kind tool sometimes requires a financial commitment even of hundreds of thousands of euro, especially if a connection to data recording software and the related sensors and cameras is necessary. Therefore such a significant investment is only justified for important series or families of objects that are similar to each other because, as almost always happens, the systems are at least partially adaptable.

The situation is different for collaborative robots which, unlike the systems that I have just mentioned, are easier to program and cost significantly less (tens of thousands of euros) allowing shorter depreciation. Technically they could also be used for other workshop tasks aside from assembly such as loading and unloading pieces from a tool machine or the packaging of products. Furthermore, a configuration is very simple that adapts the object to a variety of situations in a matter of minutes and, last but not least, allow during processing actual operation without the very sad metal cages (I hope the manufacturers of these items will forgive me). Despite this, however, the introduction of a collaborative robot is not as trivial a matter as you might think.
This is because there are so many manual operations of assembly that our operators perform on a daily basis (screwing, gluing, soldering of electrical wires, positioning of gaskets or connectors, lubrication, forcing of bushings and bearings, reading or checking of the values indicated on instrumentation etc.) that to make a collaborative robot operational each time for each of these tasks in any case requires gripping equipment or mechanical, pneumatic, optical, etc., equipment which must satisfy the infinite possibilities of the mind, of the senses and of the human hand and which are a cost to be evaluated. Lastly, the maximum permissible load and the maximum action arm, which in turn constitute a limit, should also be considered, especially when used for purposes other than assembly.

So – just as with traditional assembly systems – the use of a collaborative robot seems to me justified in the case of medium large or at least frequently repeatable series, or in the case of heavily strenuous or dangerous operations.

MICROingranaggi creates a large number of product codes to be assembled but in fairly small production batches of the thousands or hundreds (sometimes even a few dozen). The size of our items is very limited to the point of being able to comfortably hold each object in the palm of your hand even if composed of several dozens of tiny details. This means that manual assembly is the solution that we currently feel is still the best. In addition, our production is principally on behalf of third parties and it is unlikely that we would receive guarantees of orders from customers for long periods. Another point is that a human being, unlike a robot, can easily “spot” something wrong, sometimes even minor aesthetic and not merely functional defects.
For example, recently I was kindly invited by a supplier on a visit to a supercar plant and it was amazing to see highly skilled operators fitting out the insides of the dashboards with fine leather with such dexterity and attention to detail and with the minimal level of defect that is impossible to replicate with automatisms, quite popular in other production and assembly departments.

When it comes to manual assembly human error is possible and this is a fact.

It is much more likely, however, that this error can occur in cases where there are high levels of repeatability. But if this does not occur because there is a relatively small number of pieces to be assembled, then the problem is almost non-existent. Provided of course that the technician in charge is competent and able to maintain concentration.

Despite this, our attention towards the world of collaborative robots is always very high because MICROingranaggi receives numerous and varying requests. Costs, as all would agree, need to be kept under control, so nothing is taken for granted and assured forever…

What is the situation of your company? What do you think about it?

Why has no-one ever taxed computers?

Some fundamental rules concerning the supply of an assembly

The nature of our production still prefers the manual skills of our operators. At least partly