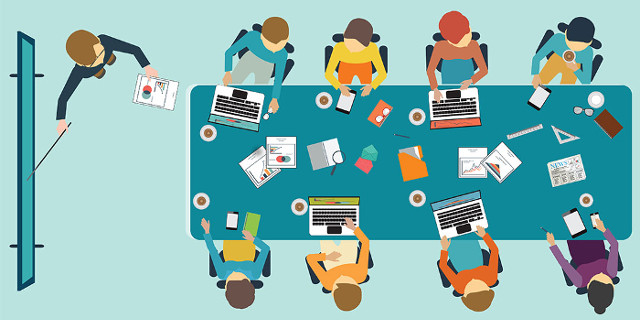 In a specific historical moment in which tax credit for 4.0 training seems about to disappear, I want to resume the discussion about training, a theme that continues to have, in my opinion, a very high value. As I have already written in the past, in fact,

to be successful in your job – as well as, more generally, in everything you do – you should never stop studying and updating yourself.

A few years ago a regulation came into force – the 388/2000 – dedicated to the so-called funded training, which I imagine most of you know well.
In summary: by signing up to one of the so-called inter-professional joint funds, each company can allocate 0.30% of INPS [Italian National Institute for Social Security] contributions to staff training. Once these contributions have been paid, they will have the right to draw directly from this fund to finance the training of their staff. But beware: you can only do this over the next two years, after which the contributions paid will be redirected to the funding of specific tenders (also dedicated to training, but to which access will take place in a completely different way, now not to be taken for granted and much more bureaucratic).

And it is precisely on this point that I would like to make some comments.

First of all it must be said that, if for one reason or another, an SME does not draw on the contributions paid within the time frame established by the legislation (and therefore within the two years I mentioned earlier), it will most probably lose them.

This is because the two-year clause is clearly the prerogative of large companies, which are notoriously much more likely to win training tenders and therefore to access the contributions. To achieve this goal, it is necessary to satisfy a series of specific requirements (which a small entity might not always possess), not to mention that the process of access to tenders is somewhat bureaucratic: it is necessary to draw up and present specific and structured training projects (something that, in itself, requires a considerable use of resources) without the certainty that this investment will be successful.

In fact, you participate in a tender but it is not taken for grant that you will be awarded it.

To this is added another matter which I feel obliged to comment on.
Precisely because of the difficulty of access to certain tenders, it is useful and advisable to be assisted by consultants who are specialised in these procedures. But who should you use?
Unfortunately, in fact, sometimes disreputable companies are used that offer business people the opportunity to access certain tenders for training even though they know that the funding has actually already ended.

That’s why in a universe of unknown and, unfortunately, often dishonest consultancy companies, most small businesses choose not to even try to go down this road, missing out on the opportunity to access the training tenders that I mentioned above to avoid wasting time and money. These tenders therefore end up benefiting only large companies.

And it is precisely on this point that I would like to underline, once again, the support that API  has also provided us with in this field. Not only have they notified us of training (and other) tenders of which we were physiologically unaware but theyhave also put us into contact with consulting companies that are already proven and considered absolutely reliable.

Let’s talk about HR: how difficult is it to find skilled and competent Human Resources?

Enterprises have hardly used any of the Training 4.0 subsidies. Why?