Is there a new major economic crisis on the horizon? 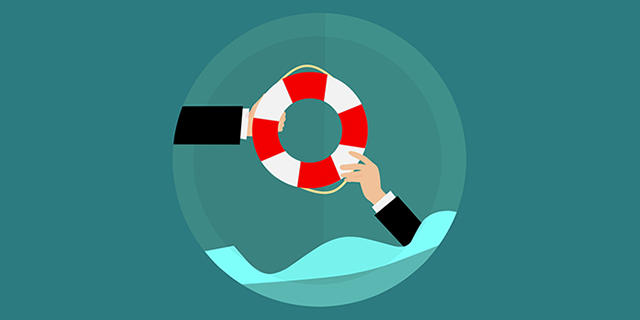 There is a famous saying that says:

if you want to increase work in Italian factories, buy a German car.

This is because most of the German car parts are outsourced to Italy, (especially if they refer to products with high technological content). But what will happen if the German car sector starts to suffer?

Let’s take a practical example. A few weeks ago I met a colleague who owns a fairly large Italian turning company, with German orders accounting for 60/70% of its turnover. Well, this person was complaining that his largest German clients have put all their orders on stand-by (including those scheduled some time ago with deliveries foreseen for March/April) due to a general crisis that has hit all German industries.

At the moment, in fact, even the most productive mechanical enterprises in Germany have seen a decrease in orders by around 30%

and some major businesses in this sector even risk closing altogether.

The drop in orders started to hit the economy harder last Spring and the reason is basically due to the crisis in the automotive sector (orders in June were down by 4.7%). A crisis partially caused by the campaign against diesel cars which continues to pursue this sector, and partially by amendments to reference standards regulating emissions. Just think that even Porsche was obliged to put all deliveries on stand-by for months, simply because it was waiting for the publication of the new anti-pollution regulation.

If we also add the fact that the crisis has hit the automotive sector, which is the sector on which the entire country depends so much, the outcome looks pretty bleak: people who lose their jobs have lower purchasing powers, which inevitably has a cascading effect on all the other sectors. This applies to Germany but also all countries with an economy that is so strictly related to the same (such as Italy).

And this is why I ask myself, and also ask you:

is there a new major economic crisis on the horizon? What’s your gut feeling on this?

As far as MICROingranaggi is concerned, I can confirm that we too have noticed a decrease in orders as of this September. A decrease which, luckily, has been offset by our broad operations in many sectors, and the fact that a number of individual customers have increased their orders (in some cases by 500%), which allows us to close the year with an increase in turnover compared to 2018, or – in the worst case scenario – at least show no variation.

At a general level however, I would like to point out another far from encouraging indicator which, in my mind, we can’t ignore and refers to the sale of machinery and – above all – tools.
A general overall decrease in the tooling machines was on the cards, also because thanks to the Calenda plan tax subsidies, this sector has seen a marked increase over recent years (+50% turnover, if not more). But the actual tool segment has not been so fortunate.

A drop in sales of tooling machines could infer that the plant systems were purchased a short time ago and there is no imminent need to purchase more. A contraction in the sale of tools however, is a sign that the machines are not working enough due to a general overall decrease in production levels.

In other words: tools are the segment which give the best insight into production performance.

Also bear in mind that the last crisis was back in 2007, and 12 years have gone by since then…

Are economic-commercial needs a priority with respect to activities and technical verifications?

Could the tools machine market really take a tumble?