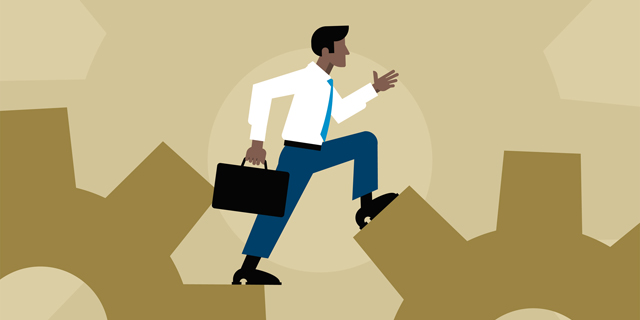 In a post some time ago I wrote that the factory of the future for me is and will increasingly be the one that successfully moves at the same speed of the needs of a market that is changing more and more rapidly and that is becoming ever more demanding. Everything else will be more or less directly linked to this: machinery, departments, and so on.

Reasoning in this perspective, I wonder and ask you,

At the same time it must be assumed that these are evolutionary processes that last for years, regardless of the size of the enterprise. On the face of it, it is normal to think that the smaller a company is, the more it would need to rush to change. It is also true, however, that certain evolutionary processes (especially the most consistent and structural ones) require economic availability that is more easily available from the larger companies.

If in fact we think of a large company – therefore with more than 250 employees and a turnover that exceeds 50 million euro – it is physiological to think that having more resources (economically in the first place) it should be easier to start and complete this process. It is also true, however, that the economic commitment needed to activate such structured evolution as well as being significant will also be directly proportional to the size of the company itself.
Not to mention that engaging so many people in such a complex evolutionary process could create a number of difficulties because, as we have seen in the past, we could end up encountering the innate resistance to change that is most characteristic.

Now, – as I have written, change does not start from a technological plan, but rather from a mental and cultural notion; the greatest pivot should not be investing in machinery and equipment but rather changing the work system, understood as the set of necessary arrangements and measures to reorganise one’s company internally and structurally. In other words, the real change lies in understanding that we no longer need to work as we did up until yesterday but we that we will have to start working in another way.

If this reasoning is correct then the question we should be asking ourselves should not be whether a company is easier to change if it is small or big, but rather:

do people change their own way of working more quickly in a small or large company?

I believe in the small one: there are fewer persons and there is usually a greater spirit of collaboration. It goes without saying that the person that will guide this change and the way they will be able to engage others will also be decisive.

However, there are also those who argue that if we think of an epochal change such as that related to Industry 4.0, small businesses need more time for cultural evolution and consequently to integrate the so-called enabling technologies with the rest of their structure.
That is also true. And it is also true – in my opinion – that, as Industry 4.0 is understood today, it is probably not the case for the small or micro-businesses that in Italy form the majority.

I think that the so-called fourth industrial revolution in our country is only possible for companies with at least 50/100 employees.

Are generational transitions good for a company?

2018 investments: how will MICROingranaggi change?

Our precious collaboration with A.P.I. (small and medium-sized industries Association)