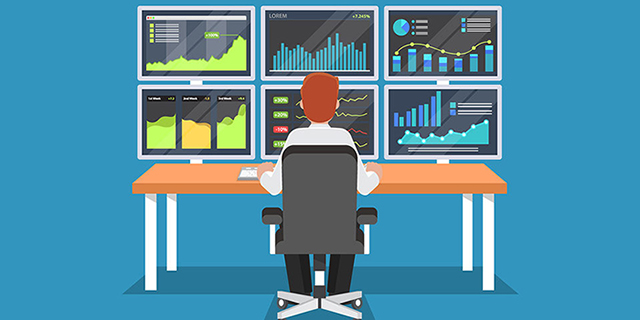 Good morning and welcome back everyone!
I’m not sure if you have also had the same perception (some of you undoubtedly will), but – for several months now – at MICROingranaggi

we have noticed that the number of orders we are receiving is growing exponentially and it is becoming more and more frenetic, almost to the point of not allowing us time to reflect.

I have noticed – especially during the period of the summer closure – an increase in the general level of tension. More and more frequently, for example, we find ourselves dealing on the one hand with customers demanding from us increasingly tight delivery times and, on the other, with suppliers who are finding it difficult to deliver goods on time, thus causing delays along the chain.

But not only that, because all this is playing out in parallel to a sort of inversion of trends relating to the return on offers: beforehand, out of a total of 100 quotes that we issued, we received more or less 25 orders back. Today instead we receive almost 75. But not because we have more customers compared to before; the companies that come to us are generally the same ones.  However, these companies have increased almost exponentially the requests that they send to us.
Don’t get me wrong: this is undoubtedly good news. In all my time managing MICROingranaggi I can’t remember a period as fruitful as now. The criticality lies in the fact that

it is becoming increasingly difficult to achieve visibility on incoming orders. This applies to us and of course also to our customers who fail to provide us with general information about what will happen in future.

And the direct consequence is the difficulty in being as organised as possible.

Do I keep investing in technology? Should I continue to invest in specialist technical personnel (which is anything but easy)? What if the market stops again, or if it slows down abruptly? We should also bear in mind that MICROingranaggi operates in a very small niche market, where performing correct market analysis is not easy.

In fact, starting this month, we will begin a test phase on the new gear-hobbing machine that we purchased – a Koepfer HLC150 H CNC , that premiered at the most recent EMO in Hannover – with the aim of understanding how much it actually produces and to thereby assess whether we should purchase another one immediately in case we realise that it is indeed the right machine for us.

In short, what I want to express in this post is that only three years ago I wrote that the ideal situation would be to have the ability to predict what would happen in the next five years, a reasonable time frame with which to plan one or several investments, or even to acquire a piece of technology. Today this is no longer possible because

the market is becoming increasingly unpredictable and it is very difficult to identify those factors with which to make the right choices.

But, on the other hand, this is a historical era in which we live and that we need to manage as best we can.

Why do our customers choose us and not others?