In Italy, do we embrace a culture of promoting the growth of our human resources? 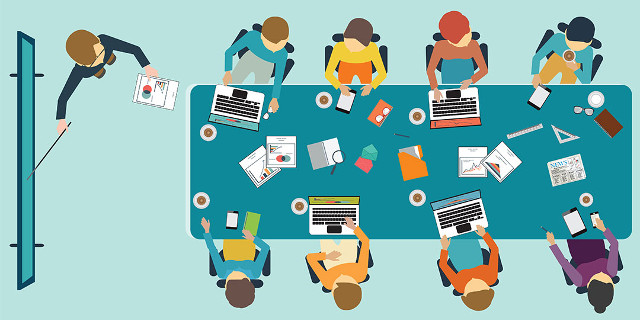 In our country it is far more probable to meet businessmen who give priority to new technologies, than those who give the deserved value to human resources. And before wishing you all an enjoyable summer holiday, I’d like to explain what I mean.

A couple of days ago, yet another meeting took place between enterprises and the Ministry of Economic Development to discuss how to proceed with the Industry 4.0 – Business 4.0 Plan. And this is an undoubtedly positive move. What emerged during the meeting was the increasing need to provide incentives for investments in training and re-skilling of workers, managers and businessmen, in addition to the investment required in technological aspects.

Why is this so important? Because, in my mind,

in Italy there continues to be a lack of culture regarding the growth of our human resources.

I meet many businessmen sufficiently motivated as regards to investing in machinery, equipment and even properties, but are unfortunately convinced that those with the most performing machines will outshine the competition.

In my opinion, however, the real difference is brought by the technicians, designers and all those different professional profiles that rotate around businesses sector by sector.

Let’s take a practical example. There are large structured manufacturing enterprises in Italy that prefer to recruit a high number of designers, often physiologically lacking in expertise, pay them very little (especially compared to specialized technicians who – in most cases – earn triple the amount), rather than invest in a lower number of technicians who are trained, skilled and show potential, and pay them what they deserve.
These enterprises – who inevitably end up handling a significant turnover of human resources, where many worthy technicians leave (given the low wages) and many lower level designers remain – are the same ones who contextually invest endless amounts in technology.

Now, as you all know, I have nothing against those who invest in technology, quite the opposite! But

I don’t understand those who prefer to collect low costs designers in the hope that someone from such a large group will come up with a good idea which can be patented (and generate earnings), rather than decide to maintain a smaller group of technicians and invest in the same in the long term.

How? With continuous training and refresher courses.

And if – on the one hand – many major enterprises (without wanting to generalize) do operate such policies, I also see many small enterprises tending towards similar choices, but starting from completely different angles. Therefore, small enterprises that invest little in personnel training because they find it useless.

But how can training of human resources be deemed useless? The answer is that,

many businessmen consider that, if a business goes well, it’s all thanks to the person managing it, and not the human resources that work there. So it’s not worth investing in training.

And this, in my mind, is the other clamorous error.
Am I wrong? Think about it, and we’ll discuss it further in September.

Is Italy doing something good too?

Why is it that in Italy we always negotiate on everything?

Let’s talk about HR: how difficult is it to find skilled and competent Human Resources?