Do you think SPS Italia is a trade fair that works? 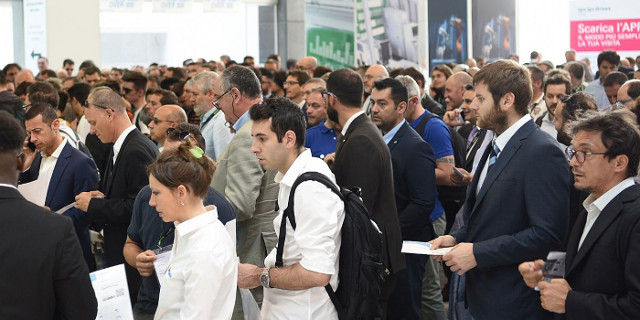 There are several trade fairs in Italy, but some – and this must be admitted – are much better than others. An important role is played by the performance of the sector of reference, precisely because it triggers (or not) a virtuous circle that involves all aspects and the various actors. But much of the credit also goes to the organizers and to their ability to attract the attention of those who revolve around the sector.

Last week I was in Parma for the eighth edition of SPS Italia and I must say that not only do I consider it a successful event in general but also that this latest edition seemed to me particularly exciting. I’m not just saying this in relation to the results achieved, which are tangible – 35,188 visitors (+6% on 2017) and 808 exhibitors (+9.5% on 2017) – but because I felt I was breathing in an atmosphere of great optimism. Partly because the driving force of 4.0 investment is still quite active and partly because the recovery is now an accepted fact for everyone. The fact is that I saw good attendance and, being the same exhibition district of MECSPE, alas, the same problems of traffic.

Therefore, in my opinion, SPS Italia is a trade fair that works.

And it works for several reasons. In part because it alternates with the autumn edition of Nuremberg, leaving the exhibiting companies time and space to prepare their novelties, without the risk of overlaps being created. Then there is the matter of the location that, in my opinion, is of great help: Parma is located in the heart of the so-called Food Valley and this allows automation to go hand in hand with other sectors such as food, preservation, packing and packaging, to mention just a few. Then there is the fact that northern Italy is, in our country, the area where manufacturing and technology are best expressed and, not surprisingly, Parma is right in the middle.
And finally there are the organisers who most likely were able to offer good value for money as well as a decent level of organisation.

For all these reasons, obviously, the contents on offer complemented each other well.

SPS Italia is a trade fair that also works in terms of the high level of innovation of the solutions being presented.

As usual, our attention was mainly attracted by miniaturisation and by all those applications closely related to our activities. At the same time we found the applications of biorobotics, such as motorised prosthetics and advanced exoskeletons, as well as collaborative robots, to be very interesting.

And, speaking of collaborative robots, I must say that the technological innovation on which these devices are based is quite remarkable, to the point that I seriously think that such solutions could offer, in the machinery of MICROingranaggi, as well as, more generally, in the various departments, a potential improvement.
One of the aspects that made a positive impression on me was the role of collaborative robots in the factory of the future and the fact that, despite the high level of automation and precision that these devices are able to achieve, humans remain at the centre of the production activity, deferring to these machines mainly the wear-related and repetitive activities. On this matter I think this is an extremely important factor

Finally, at SPS, I was struck by the great steps forward in terms of predictive maintenance and therefore of the prevention of faults in components and systems. This is another technical step that I consider very important and which is opening up some very interesting future scenarios.

Reflections on the last EMO in Hannover? Here are mine…