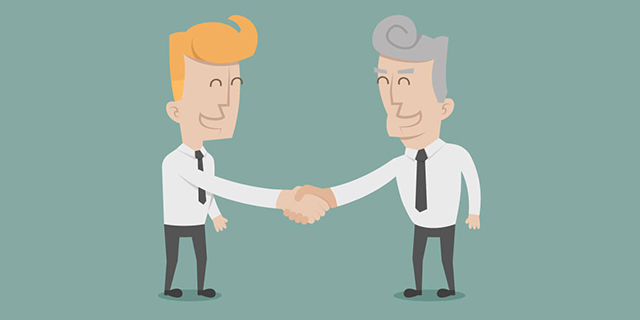 Some time ago I followed an exchange of emails of which, as often happens, I received a courtesy copy.
Person A was complaining to person B that the goods received had not been packaged correctly and has arrived destination damaged. Person B responded saying that the responsibility for the damage was on the part of the courier making the delivery, but also emphasize the fact that, for the goods in question, had been shipped with standard packaging and that, in cases where special packaging is required, the customer (person A) should have requested such packaging beforehand. Now, as person a had already provided instructions on how to package the goods more than once, he felt authorized to respond in a rather angry fashion which – in my opinion – exceeded the threshold of good manners.

It may be due to or the fact that at the end of the day, as we are all human, one can end up being in the wrong during a discussion, despite being right about the contents.

As a rule, everybody – but especially those who cover an important role in the company – should, in my opinion, have a determined and steadfast manner which, however, should never exceed the threshold of good manners.

Being able to communicate a concept using more diplomatic words and actions and therefore better manners, despite the heat of the moment, can really make a difference.

To improve personal relations (with either colleagues, suppliers or customers), and also work in a more serene environment, (something that is increasingly difficult in today’s way of life).

While ago I wrote that, generally speaking, when one holds a position in a company, part of one’s personality is transferred to the job and that this can be plausible, and also a positive aspect. On the condition however, that certain thresholds are not exceeded. Especially in cases where certain positions, some more than others, require relational behaviour of a certain level.

These topics tend to be something I am rather sensitive to. In my life as a whole, but definitely also work.

As many of you will know better than myself, there are some sophisticated instruments used in the Human Resource sector, which make it possible to recognize certain character based aspects in those being interviewed. But it is clear that certain situations are truly difficult to foresee, even for the experts in this sector.

Let me ask your question:

In your mind, is it possible to teach “good manners” (the type I refer to in my post) to someone who doesn’t have them? Or are we talking about inborn skills?

I think that it is worth having a try. At the end of the day, it is up to the person in question understand the importance of this aspect, and act accordingly.
At MICROingranaggi we have had some meetings with consultants specialized in behavioural psychology, and I must say the experience was very useful.

Good rules for a good beginning

Is Italy doing something good too?

Which characteristics should a good businessman have?

The usability of new technologies makes the difference