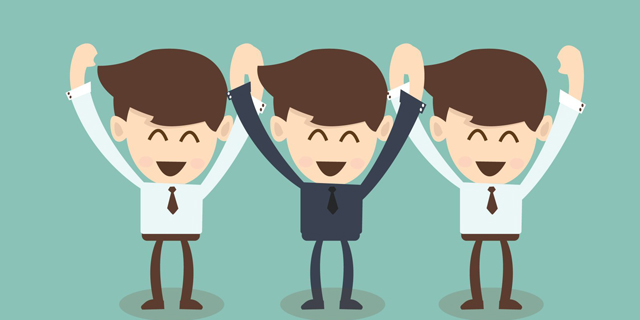 I’ve written often and would like to repeat it once again: I have extreme confidence in today’s youth, I think they are our future and I recognize in them great potential that I feel should be nurtured and exploited much more than is actually the case. Saying that though, I can’t also help but notice in some of them a lack of motivation when entering the world of work. It’s partly a matter of fact, yes, but there are also those who believe that

if we increased motivation in the classroom, students would inject into work a commitment that would be far superior to what the average is today.

Finding technical subject teachers who are able to explain and instil enthusiasm in a subject at a practical level is also very difficult. Do you think this is actually so?

I think that everyone sooner or later throughout their education has met a teacher who was able to instil enthusiasm in a specific subject. If not then at least arousing interest in a subject that you never would have thought could be interesting. Why did it happen? Because the teacher in question was able to convey the passion that he or she had for that subject.
I finished school many years ago but – from what I hear –

today it is increasingly difficult to find teachers who can encourage students to such an extent that they are able to convey their passion for a subject.

Why does this happen? I have an opinion on this.
There are much few graduates today. Without generalising (because there are undoubtedly many exceptions to what I’m about to write) I think that before when we graduated with the idea of then becoming a teacher, we did so with more vocation than, on average, exists today.

Unfortunately, a large number of graduates are drawn to teaching because they have been unable to find better alternatives. And this, unfortunately, has consequences.

And then there is the matter of job insecurity. The teaching profession itself is historically one of the least well paid. That, unfortunately, is also added to an exponential growth of precarious contracts (limited duration, supply…), which on the one hand do not offer a high incentive to work well, and – on the other – are also offered to those not in possession of certain requirements closely related to teaching.
Stress and lack of satisfaction are two sentiments common to many professions today (largely due to the lack of security in the workplace), but it is also true that a teacher who is stressed, frustrated and dissatisfied will probably also convey these moods to their students. With results that are anything but good…

Are generational transitions good for a company?

Quality control: a specific purpose machine or a flexible use machine?

The tool machine market is growing. Does it deserve government incentives?

What does it mean to be an entrepreneur today? Some reflections….